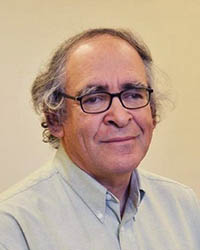 Professor of Mechanical Science and Engineering

University of Illinois at Urbana-Champaign

Arne Pearlstein received his BS (1977), MS (1977), and PhD (1983) in engineering at UCLA. His research, primarily in fluid mechanics and heat and mass transfer and focusing on theoretical and computational studies of flow stability and transition, has been published in over 40 different scientific journals, and has been supported by the National Science Foundation, Air Force Office of Scientific Research, Department of Energy, Office of Naval Research, NASA, National Institute of Standards and Technology, US Department of Agriculture, and several corporations. He is a named inventor on one issued US patent, and on several pending applications. He is a recipient of the (U.S.) Presidential Young Investigator Award, and is a Fellow of the American Physical Society.